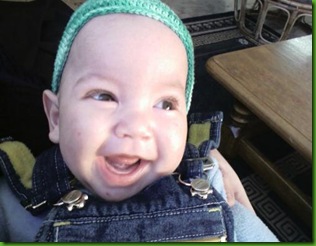 Our story started back in 2006 when my husband and I decided that we would like to be a foster family to a special needs baby. We had been strongly influenced by our good friends Chaya and Israel Ben Baruch who are foster/adoptive parents to four Down Syndrome children.

We decided that God had blessed us with 5 beautiful, healthy children and we wanted to give something back. So we applied and waited, not knowing exactly what the future would bring. We waited and waited and nothing seemed to happen as fast as we had expected. 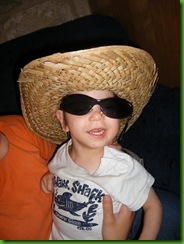 About a year later, in November, we got a call from the Social Services saying that there was a baby boy who had been abandoned at birth in a nearby hospital. We got the call on the Monday, visited on the Tuesday and took him home on the Wednesday!!……….yes a three-day pregnancy! Luckily I still had lots of baby things from my own kids, my youngest at that time being only four years old. It was a very exciting time for all of us. 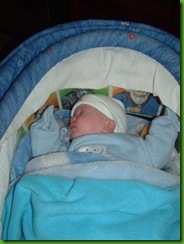 We didn’t even ask many questions and were told only that he wasn’t going to be normal, even though he looked just like a regular baby. We were also told that he was born prematurely (900 grams) and has hydrocephalus and hydranencephaly (whatever that was!) and that we would have to find out about giving him a shunt. – We didn’t have a clue what any of this meant, but it didn’t matter to us – we were ready for any kind of challenge (or at least we thought we were LOL) So happily we took him home and a week later it was Hanukkah.

As he had not yet been circumcised according to Jewish tradition, we gave him his Brit Mila (circumcision) and called him Natan Shai. – Natan in the name of Rabbi Natan and Shai because it was the only request his biological mother had made, that he be called Shai. Together in Hebrew Natan Shai means ‘Given Gift’ – the perfect name for him! 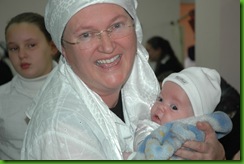 Right after the holiday we took him to a Neuro Surgeon in Haifa, about 100kms away from Safed our hometown, to find out about getting a shunt. As soon as the Doctor saw the papers he said “Do you realize what you have taken upon yourselves? This child would have gone to an institution if you hadn’t taken him”. We still didn’t have a clue what he was talking about and we were still in such a euphoric state about receiving this beautiful little boy that nothing mattered anyway. He scheduled Natan Shai’s shunt operation fo 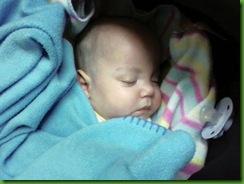 r the following week and sent us home.

The shunt operation was a big success and reduced the size of Natan Shai’s head considerably. Within 4 or 5 days we were home. Besides the obvious difference in the size of his head he also seemed much more alert and his eyes which were always going to one side appeared to be centralized. But he started crying A LOT. These crying periods actually lasted a year and a half! Day and night! When I look back it is amazing that we didn’t actually crack up! But we loved little Natan Shai so much that everything seemed possible and we knew everything would work out. Our whole family had become totally attached to him, and everybody helped out. 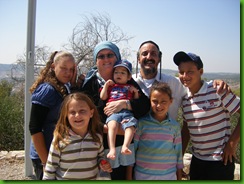 About two weeks after the shunt operation Natan Shai developed streptococcus in the blood (probably got it during the op). And was extremely sick, vomiting and very high fever. He was hospitalized for about a month and put on a very strong antibiotic via his veins. The poor guy hardly had veins and they had to keep moving the IV – it was a nightmare. He was so weak, but trying so hard to survive. At some point, the head doctor of the children’s ward came to visit and basically told us in no uncertain terms that anyway he wouldn’t grow and neither would his brain and that he would (God forbid) die within a year anyway. We were in shock. Total and utter SHOCK.

Well, we eventually got released and sent home. Around about this time I finally decided one scarce quiet evening when everyone was sleeping to search on the internet and find out what exactly the words

on the hospital release papers were. (There weren’t smart phones back then) That’s when I found the word ‘Hydranencephaly’. I googled it and got to the ‘Rays of Sunshine’ website. I sat opposite the computer and started to cry and cry, I felt so sorry for little Natan Shai. Then I started to read more information and really look at the pictures and come to terms with Natan Shai’s diagnosis. I remember looking at the children on their website and thinking with God’s help we can do this! The pictures and the stories gave me hope somewhere inside the shock and disbelief that I was feeling. Then I got in touch with the Rays of Sunshine group and met lots of great friends who have children just like Natan Shai. Friends of whom I am in touch with until today.

So here we are after Natan Shai’s Eighth birthday (post script – now ninth) and I can honestly say that he is the best thing that ever happened to us. He has taught our family so much and continues to give us so much light and happiness.

Despite all of his disabilities he is the happiest, purest soul I have ever met. He radiates love and positive energy with no end. (Besides when he’s screaming all night … l.o.l.) There are no words to describe how we feel to be so privileged as to be his parents.

Natan Shai is very aware and knows faces and names of his family members. He has strong preferences and understands much more than he is sometimes given credit for. Thank God he is doing great. He has put on a significant amount of weight since a year ago when he had his Gastro operation and has since been tube fed.  He suffers from seizures since he was about two and is on medication which for the most part seems to help. He also has a shunt. He has a great quality of life and is loved by everyone who meets him. He joins us on all our family trips and we couldn’t imagine life without him.